I used to think life was about making a difference.

Making a meaningful difference was not the only part of my view of a life well lived — meaningful work and relationships are also in the picture — but it was a necessary part.

My early role models included people like Jeremy Bentham, Norman Borlaug, and Stanislav Petrov. One was early to moral insight, another pioneered the green revolution, and the last remained calm instead of bringing about a nuclear war. Whether or not each had meaningful work and relationships, they made a difference.

I still believe that. But my framing is different now. The pursuit of making a difference is, in the long span of humanity, a new one. Relative to high status aims for the middle and upper classes, it may even be a good one. But now I model my own life differently.

The philosopher Peter Singer has a well known argument that goes something like this:

When I first encountered this argument, I thought about it for some time, after which it convinced me. Each premise relies on ordinary claims. Initial reactions, like skepticism about global health charities or defenses of egoism, are misplaced or incorrect.

The most common objection is that it’s too demanding. Morality shouldn’t require one to completely reorient one’s life towards others. But this objection doesn’t impact more modest versions of the argument, like the one above. Premise one doesn’t call for complete sacrifice. It asks one to prevent something bad from happening when one isn’t giving up anything significant. What does significance mean?

Before answering, note how one can construe the argument can in a general form, as an argument for effective altruism:

Betham, Borlaug, and Petrov accomplished much by ethical insight, alleviating starvation, and reducing existential risk. Others have made a difference through philanthropy or activism.

And one can do a significant amount of good. By donating to well run organizations working on important problems one can play a role in saving multiple lives. GiveWell estimates that one can save an expected life with ~4k. Most reading this piece could play a role in saving tens, if not hundreds of lives. Moreover, this is table stakes. When thinking about the good one can do, set this as the lower bar. Either do this or do something better.

Needless to say, most people don’t do this. Taking the donation case alone, money spent on wine, in America, swamps donations. Sure, such comparisons can be facile and consumption of goods can play a beneficial role, but it adequately captures the relative mental real estate of altruism and wine.

What Singer style arguments show is that altruism ought to be a part of one’s life plan. Some non-altruistic purposes surely matter.

We are selfish creatures and we shouldn’t ignore that aspect of our nature. Perhaps it’s better to take a job that brings satisfaction, instead of the one that brings misery, even if the miserable one is more altruistic. Moreover, we each take on roles that require partiality over pure egalitarianism. It’s better to pay your sibling’s way through college instead of donating the funds to the Against Malaria Foundation.

But when going head to head with altruistic alternatives, most of our selfish purposes are not as significant. They largely just don’t matter in comparison. Once the space for meaningful work and relationships in a life are full, the place for meaningful difference calls to be addressed.

What’s the value of comfort and entertainment when compared to preventing malaria? 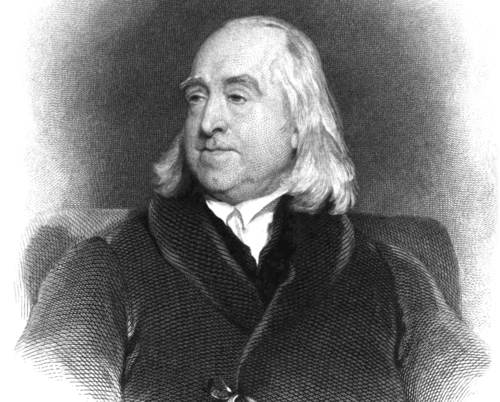 The best ethical theory for capturing these intuitions is consequentialism. This is the simple idea that one ought to promote the good. Morality consists in defining the good and maximizing it. Early consequentialists, the classical utilitarians, like Bentham, identified the good with wellbeing. In Bentham’s view, wellbeing is the only thing that’s relevant to right action – not rules, respecting rights, or character. This focus arguably allowed him to be ahead of the ethical curve.

The best argument for consequentialism is the intuition that there should be more good. It’s better to save two lives than one. It’s better to be twice as happy than not. One can have too much of a good thing, but one can’t have too much goodness. When one has too much of a good thing, what was good becomes bad. Gustatory pleasure mutates into gluttony, love into lust. To be a consequentialist all one needs to do is identify the good and maximize it.

There are well known counterexamples to utilitarianism, the most obvious is that it can mandate the violation of rights. It can be better to sacrifice the innocent, as long as it is for the sake of a greater good. In reply, utilitarians state that treating individuals as if they have rights leads to better long run consequences. Permitting the state to sacrifice the innocent to placate a mob sets poor precedent. Allowing hospitals to harvest the organs of a patient when doing so could save many lives renders checkups a less attractive proposition.

A separate problem involves whether we can know what fact brings about the most good. Someone once asked what one should do to prevent their plant from dying. The utilitarian responded: maximize expected utility. The reply brings out the idea that all by itself, utilitarianism isn’t action guiding. There’s too much uncertainty about the long run impact of our lives.

Most of utilitarianism’s virtues derive from it being an elegant moral theory, rather than a useful decision procedure. Which is to say, that even though what is ultimately right may be determined by what promotes the good, one may rely on independent heuristics. Utilitarianism may be an ideal abstract theory, but it has less to say as a guide for life. 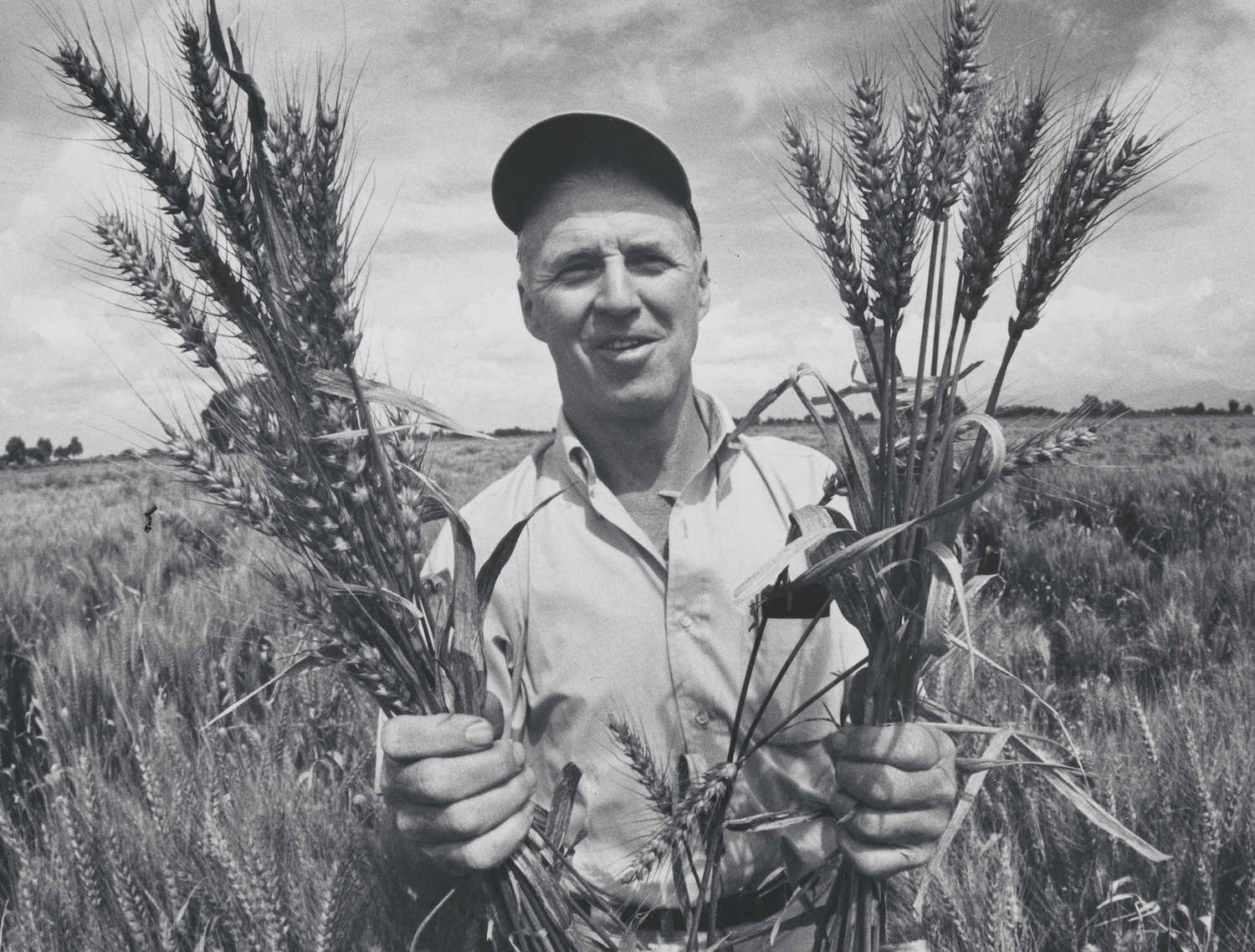 The Desire To Matter

Moving away from the theoretical, concern about uncertainty also impacts the pursuit of making a difference. Making a difference for who? Over what time horizon? For how long? What problem are you solving?

This is not a novel consideration. Anyone idealistic at a young age encounters the criticism that one’s principles are naive and that when one learns more about the world they’ll see than “things are more complicated.” Most young idealists don’t trust this response and for good reason. Adults may say that things are more complicated but don’t usually explain why. Moreover, they tend to opt for suspiciously naive principles and solutions themselves. When one’s younger, an individual’s competence usually correlates well with their ability to explain and justify – especially in school. Perhaps that’s not so true when one gets older.

At any rate, the concern with the pursuit of meaning is that it’s like the pursuit of being rich. It’s empty of content. Too abstract and indeterminate. What begins as an altruistic quest to reduce poverty soon morphs into an abstract campaign to promote the Good.

Some who pursue being rich succeed. But most who apparently have that goal have mediocre financial outcomes. It’s those who ground their ambition and obsession in the concrete that win. The financially successful usually don’t spend their time thinking about wealth, but thinking about whatever generates wealth. Whether the interest is in software, biology, or manufacturing.

The same line applies to abstract goals like “promote the good.” At that level of abstraction, the goal is susceptible to being hijacked by things that aren’t good at all. In the most likely case, it may result in nothing at all.

A useful metaphor is the investor and philanthropist. Some investors may get a higher return spending time on indeterminate financial matters and high level abstract decisions. Likewise, a philanthropist aiming to maximize the good in the same way the financier maximizes the dollar, will get value thinking about how to do the most good abstractly. See the Open Philanthropy Institute.

But one’s life is not like an investment portfolio. Too much optionality leads to nothing. Without a concrete story of what is good and what lines cannot be crossed, abstract altruism is hijacked by mediocre, or worse, pernicious ideologies.

Role ethics addresses these issues. We’re thrown into the world and given natural roles: we’re humans, children, and, some of us, siblings. Overtime, we acquire new ones, such as the role of a student, friend, citizen, convert, artist, founder, writer and so on.

The Stoic philosopher Epictetus was a defender of this approach:

For I should not be unfeeling like a statue, but should preserve my natural and acquired relations as a man who honors the gods, as a son, as a brother, as a father, as a citizen.

On role ethics, one’s life is a matter of defining one’s roles and performing them well.

The shift is away from the ideas of meaning and difference and towards excellence.

Excellence may be a vague idea in isolation, but when tied to roles it becomes much clearer. Each of us has familiar roles: partner, coworker, and parent. What it is to be excellent in these roles is largely obvious. Of course, this is not always so. But the typical situation we encounter is not that ethically puzzling.

Of course, sometimes roles bump up against one another. One objection to the role ethics idea is that it does not resolve conflicts between roles. One cannot both be a good parent and a good employee.

But perhaps this point does not solve all role conflicts.

Such hypotheticals are useful for testing a moral theory, but not decision procedures. Instead of moral inquiry, they risk revealing a lack of resourcefulness. No one said expressing virtue was easy. These objections risk expressing selfishness parading as philosophy. Consider this hypothetical: imagine one was forced to act virtuously with a gun to one’s head, could one still not resolve the issue? Could one not find a way to respect the moral prohibition and prevent nuclear war?

One likely just hasn’t burned the ethical ships, as it were.

And perhaps that’s the key concern with the pursuit of making a difference. It allows one to reason one’s way to mistakes, in a way that role ethics does not.

Those seeking to make a difference may have noble aims. But they’re too indeterminate and abstract to guide a life.

Writer, programmer, and founder of Stoa. He focuses on philosophy and is fascinated by stories of the classical world and its gods.

View all of Caleb Ontiveros's posts.